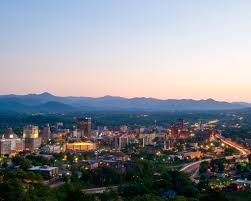 This is my home. I wrote this to represent the body of a community. That through the shared stories and relationships of communities a shared culture can be formed and can be representative of the stories of a group of people. A shared body, story, and culture. This is what it means to be part of Asheville.

The thumping of drums collided with the whizzing of cars down Coxe Avenue as the drum circle began its weekly humming: singing songs that came directly from the soul. Men in the plainest of black suits walk by a group of barely dressed hippies, flashing their beads and homemade colorful dresses. Loud were the conversations about Bernie Sanders and the new art piece spray painted on a newly constructed city wall commissioned by the city. The smell of incense burns your nostrils only to be quickly reclaimed by the vibrancy of fresh honeysuckle. This is my home, a small but incredibly blue sea hidden within the red abyss known as Western North Carolina. The city of Asheville, North Carolina hides a tribe filled with mysticism and constant celebration. This commun hidden within downtown Asheville gave liveliness to the street-vendors who fueled the quaint vibe of a loud city. For citizens of Asheville being loud was a necessity. We sang, thumped, painted, and shouted for our activism, bellowing a call to action and a desire to be heard. Then the pandemic came, and the most important form of activism became “absence”. The vendors closed their stores for good, as the center of Asheville became desolate from activism and a rising police force.  The smell of Spray paint began to lose its association with art, as lively art pieces increasingly became vandalized. Men in black suits dominate rather than share the streets of Asheville. The pandemic emptied this city as the crimson skies seemed greyer and desolate. The activism needed was “absence” and Asheville respected that call: waiting to return to our natural expressive and uncomfortably loud selves.